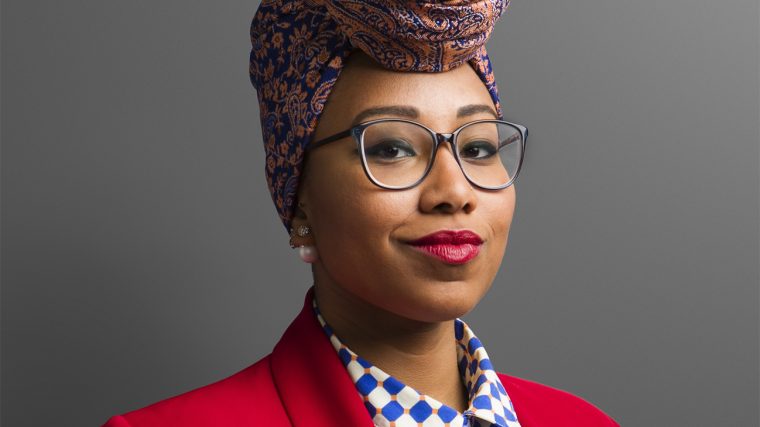 Yassmin Abdel-Magied is an engineer, author, broadcaster, and award-winning social advocate. Her powerful TED talk, “What Does My Headscarf Mean to You” has more than 2.5 million views and was selected as one of TED’s top 10 ideas. An internationally renowned speaker on the topics of unconscious bias and transformative leadership, Abdel-Magied is on a mission to make diversity the norm across the world with a unique ability to make complex ideas accessible to all.

At the age of 16, Abdel-Magied founded Youth Without Borders, a youth-led grassroots organisation focused on empowering young people to positively change their communities. She went on to co-found two other organizations focused on serving women of colour. Abdel-Magied graduated valedictorian with first class honours from mechanical engineering before working as one of the few female engineers on oil and gas rigs around Australia.

Abdel-Magied became a lightening rod for Australia’s discussions on race, gender, and faith after an appearance on a panel show went viral, garnering more than 12 million views in less than a week. She was the presenter for the national current affairs show Australia Wide, as well as the host for the ground-breaking documentary The Truth About Racism, and co-host of the podcast, Motor Mouth.

A bestselling author, Abdel-Magied published her debut memoir, Yassmin’s Story, at the age of 24. She is also the author of the children’s fiction books You Must Be Layla and Listen, Layla, and recently published a collection of essays in an anthology titled Talking About a Revolution. Abdel-Magied’s writing has appeared in publications worldwide, including The Guardian, The New York Times, and The Australian Financial Review.

Abdel-Magied has served on numerous boards and councils, and is currently the founder of Mumtaza and an internationally sought-after advisor on issues facing women, youth, and those from racially and culturally diverse backgrounds. She has spoken in more than 20 countries across five continents

We’ve all heard about the concept of “unconscious bias”, but what does it actually mean? In this engaging and informative talk, Yassmin Abdel-Magied will draw on personal experience and research to illustrate the impacts of bias on our workplaces. She will also share what we can all do about it, so that we can build safer, fairer, and more productive workplaces for all.

We’ve all had moments where we feel like we have reached rock bottom. Failure — real, true, grinding failure — is hard to survive and even more difficult to thrive from. Yassmin Abdel-Magied weaves a heartfelt and compelling tale of three points of failure in her life and career. Some self wrought and others inflicted, she will share what happened, how she got through them, and what she learnt along the way.

The world is changing at a rapid pace, and the importance of inclusion and diversity is clearer than ever. Leading an organization through transformational change, however, is no easy feat. Yassmin Abdel-Magied expertly combines personal experience and research to inform leaders on the tools of transformative leadership, the common mistakes leaders can make, and how to be a just and empowering leader for the 21st century. 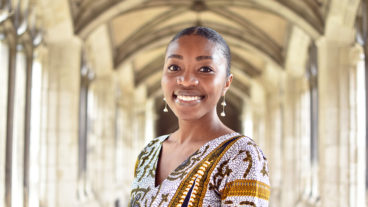 What Does my Headscarf Mean to You? Talking About a Revolution

With her trademark optimism, sass, boldness and search for answers, across a collection of new and revisited essays, Yassmin Abdel-Magied explores resistance, transformation, and revolution.

In all these essays, written with the passion, lived-experience and intelligence of someone who wants to improve our world, the concept of revolution, however big or small, is ever-present.

You Must Be Layla

Jam-packed with heart and humour You Must Be Layla by Yassmin Abdel-Magied reveals a powerful new voice in children’s writing. Touching on the migrant experience and exploring thought-provoking themes relevant to all teens, this book shows the strength required to be a Queen with a capital ‘Q’.

At 21, Yassmin found herself working on a remote Australian oil and gas rig; she was the only woman and certainly the only Sudanese-Egyptian-Australian background Muslim woman. With her hijab quickly christened a ‘tea cosy’ there could not be a more unlikely place on earth for a young Muslim woman to want to be. This is the story of how she got there, where she is going, and how she wants the world to change.

June Reads: Talking About a Revolution and EntrepreneurshipPosted June 1, 2022 We loved Yassmin’s energy and her helpful advice on mentorship, unconscious bias, and tackling diversity and inclusion issues in the workplace. Thank you Yassmin!

The first time I saw Yassmin present I was hugely impressed. Speaking to an dominantly white, middle aged male audience from the petroleum industry, Yassmin spoke about inclusiveness and diversity and blew them away…She won over a potentially sceptical audience with personal stories, charm, warmth, humour, and importantly, a gentle provocation that simply gets individuals to consider why we think the way we always have, and do we need to reassess. As Yassmin puts it, being young, female, brown and Muslim, she’s a walking minority and has a good handle on what it takes to feel included.  Her talk, and a generous Q and A that followed, generated a buzz of excitement and catalysed many constructive conversations in my organisation. Yassmin added real value to our journey towards a better organisational culture. She makes a difference!

An outstanding, inspirational, insightful, connected, topical and learning laden presentation… You are the best keynote we have ever had.

Yassmin delivered a keynote address to a group of 400 senior global managers. She maintained the attention of the group by delivering a set of simple and powerful messages in a very personal and compelling way. She has developed a level of insight and maturity well beyond her years.

Yassmin is such a natural and gifted presenter – her fierce intelligence, her empathy and her humour made it one of the best stage presentations I’ve ever seen.

I would like to extend a BIG Thank You from us to Yassmin for her inspiring keynote presentations, which included a wonderful mix of personal stories, humour and calls to action. She left us with much to take away and reflect on and was also very engaging!! It was also great to have the chance to meet her.