Man in Motion | Champion for Accessibility and Inclusion

Rick Hansen, C.C., O.B.C., is a Canadian icon who has dedicated his life to awakening the world to the potential of people with disabilities. He is best known as the “Man in Motion” for undertaking an epic 26-month, 40,000 km journey around the world in his wheelchair. Now the Founder and CEO of the Rick Hansen Foundation, an organization committed to creating a world without barriers for people with disabilities, Hansen uses his presentations to challenge everyone to become a difference maker and a legacy leaver.

When Hansen was 15, his life changed forever. On the way home from a fishing trip, he was in a car accident and thrown from the back of a pickup truck. Hansen injured his spinal cord and was paralyzed from the waist down. His new reality came with a lot of challenges, but with determination, a sense of humour, and a lot of heart, he found a way to keep doing the things he loved, and began to make new dreams.

In 1976, Hansen enrolled at the University of British Columbia, becoming the first person with a disability to graduate with a degree in physical education. Between 1979 and 1984, Hansen turned his focus to track and marathoning, winning 19 international wheelchair marathons, the world title three times, and nine gold medals at the 1982 Pan Am Games. He won two gold medals and one silver at the 1984 Paralympic Summer Games in Stoke Mandeville, UK, and gold, silver, and bronze at the 1980 Paralympic Summer Games in Arnhem, Holland.

As a young athlete in a wheelchair, Hansen had a vision to show the world that anything is possible. On March 21, 1985, Hansen pushed his wheelchair out of Vancouver, to set out on a journey that would make history. The Man in Motion World Tour was fueled by Hansen’s two dreams: a world without barriers for people with disabilities and a cure for paralysis after spinal cord injury. Over two years, two months, and two days, with nothing but a trailer and a passionate team of supporters, Hansen traveled across 34 countries, wheeling 40,072 kilometres before returning to Vancouver on May 22, 1987. The Tour raised $26 million and marked the beginning of an ultramarathon of social change. It altered attitudes and created a more positive image of people with disabilities.

Following the completion of the Man in Motion World Tour, the Rick Hansen Foundation (RHF) was established in 1988. For more than three decades, RHF has raised awareness, changed attitudes, and funded spinal cord injury research and care.  The Rick Hansen Foundation Accessibility Certification™ (RHFAC) is the only program that rates, certifies, and showcases accessible buildings.

Hansen is the recipient of many accolades and notable achievements the Lou Marsh Trophy for Outstanding Athlete of the Year (an honour he shared with Wayne Gretzky in 1983); induction into Canada’s Sports Hall of Fame; Honourary Colonel of the Joint Personnel Unit of the Canadian Armed Forces; torchbearer of the Olympic Flame at the Opening Ceremony for the Vancouver 2010 Olympic Winter Games; Queen Elizabeth II Diamond Jubilee Medal; Ambassador of the 2017 Invictus Games; and the Order of Canada.

Through the power of his own story and the inspiration he’s found in others, Rick Hansen encourages us all to recognize the Difference Makers in our lives and to see ourselves as Difference Makers.

Difference Makers are leaders by example — catalysts whose passion and courage ignite talent and action in others. Their energy empowers them to believe in their own potential and find solutions to barriers.

Who amongst your family, friends, colleagues, and neighbors create an impact? What can you do to make others around you better?

Hansen shares his vision and inspires audiences to join his journey to create a better world.

Managing Change to Achieve Your Goals

When Rick Hansen was 15, his life changed forever. He was thrown from the back of a pickup truck and he sustained a spinal cord injury that paralyzed him from the waist down. He would never walk again.

Lying in the hospital bed on his 16th birthday, Hansen recognized that his new reality interfered with all his goals and dreams — he had wanted to become a professional athlete and thought this was no longer possible. But with the incredible support of those around him, Hansen learned to move forward.

Once he could see the possibilities and stop the comparisons between life before and after his injury, it got easier for Hansen to adapt and excel again.

Hansen has won four World Championships and six medals as a Paralympian. He also competed for Canada in the 1984 Olympic Games in Los Angeles. And then of course, he wheeled across the globe through blinding snowstorms, endless mountain ranges and uncompassionate political borders to complete his Man in Motion World Tour.

Today, Hansen looks back on his amazing experiences since his injury and wouldn’t trade them for anything. Sometimes change is unexpected and uncomfortable, but if you can learn to manage change, it also brings new opportunity.

Visible and Invisible Barriers to Success: Accessibility & Inclusion for a Better World

Rick Hansen challenges us all to fight for accessibility as a human right. But a barrier-free, inclusive world will only be achieved when we all work together, one good turn at a time. Technology and science are slowly improving health outcomes but we need inclusivity and accessibility to be at the core of our laws and innovations. And, in addition to removing physical barriers, we must acknowledge and tackle the stubborn invisible ones, too.

This means changing the way we think and talk. By reflecting on our own actions and beliefs, we can challenge existing standards and dream up new ones — ones that foster hope, inspiration, and acceptance.

Today, there are more than 1.3 billion people in the world with disabilities, representing an untapped economic potential worth $6 trillion in disposable income. This is an emerging market the size of China, and one that all forward-thinking businesses should be paying attention to. Making workplaces, venues, products, and technology accessible makes economic and social sense; businesses have much to profit from, in dollars and talent.

Rick Hansen will show you how to make your space accessible and what it might cost, but importantly, he’ll explain the potential return on your investment and why you can’t afford to miss out. In the year ahead, diversity will affect your bottom line.

Since 1988, the Rick Hansen Foundation has funded quality of life initiatives, accessibility programs for people with disabilities, and research for the prevention, care, and cure of paralysis after spinal cord injury.

The Rick Hansen Institute connects scientists and clinicians in Canada and around the world to collaborate on projects that will reduce long-term costs, improve quality of life, and achieve the greatest impact for people living with a spinal cord injury.

With greater collaboration and innovation within and outside the healthcare industry, we can make more progress, quicker. Not just in spinal cord research but for other causes too, we need to expand our global database around the world, facilitate research, and disseminate best practices knowledge to medical professionals everywhere.

Educating the Next Generation

Rick Hansen and his team believe in the next generations of Difference Makers. They are passionate about inspiring youth and empowering them to be compassionate, engaged, and socially responsible leaders.

Raising awareness about inclusion in the classroom through the Rick Hansen School Program (RHSP) has been proven to decrease bullying, change perceptions, and increase volunteerism.

Understanding the significance of the support and mentorship he has received throughout his life, Hansen is committed to working with young people to support development life skills. He encourages them to be the best that they can be and to believe that anything is possible if they have the courage to try. 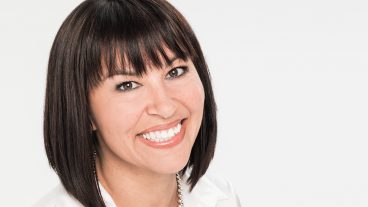 Changing the Conversation on Disability

A Goal and a Dream - Farm Credit Canada In 1973, Rick Hansen was a carefree teenager hitchhiking home from a fishing trip, a kid who lived and breathed sports. But after the truck he was riding in went out of control and crashed, Hansen was left a paraplegic. For some people that could have been the end. For Rick Hansen it was the beginning of a story that is at once sad and funny, heartbreaking and inspirational.

Going the Distance offers a unique blend of the personal experiences of someone who has suffered monumental change and someone who has actually done research on change itself. Arguing that people fear change because they lack the tools and skills to manage it, the authors explain the important principles which actually allow people to manage the changes they face in their daily lives. And, unlike other self-help literature, Going the Distance demonstrates how emotions like fear; depression, anger or guilt can actually be used to inspire positive action. May 28 proclaimed Rick Hansen Day in BC, $10 Million Contributed to Increase AccessibilityPosted May 30, 2018

WE and Rick Hansen Push for Accessibility TogetherPosted November 14, 2017 The Future is Accessible: The International Day of Persons with DisabilitiesPosted December 5, 2016 Our event with Rick Hansen as keynote speaker was a smashing success! It was very well received by everyone and we received countless positive comments about his presentation. Not only was Rick down to earth and relatable, the presentation was funny, but yet it had a strong message for everyone! I was impressed with the fact that he was able to weave and perfectly highlight some of our corporate initiatives into his presentation. It really showed how much he cared about the presentation and his message. Our guests genuinely loved the session and enjoyed the opportunity to speak with Rick and have their photos taken with him.

Rick was definitely the highlight of the conference based on all the feedback I’ve heard so far. I haven’t received the survey results yet from the keynotes, however, once I do, I would be happy to share…Rick and Connie were a pleasure to deal with and rick was nice enough to do a surprise visit to see our volunteers the day prior to the event as we were getting ready for the big day. Thanks for everything on your end also.

Mr. Hansen’s obvious sincerity and down-to-earth manner, combined with an unbeatable story of inspiration, made his theme of “Personal Best” an absolutely outstanding presentation. The importance of striving towards one’s personal best was brought to light as feelings of renewed hope and determination were stirred in every listener.

The Commercial Travellers' Association of Canada

Your address could not have been more supportive: it lent credence to our theme and provided a powerful stimulus, not least to those among us who may be intimidated by change, and for whom your message of achievement based on personal commitment and perseverance was especially valuable.

Everything was fantastic! Rick was great and a huge hit.