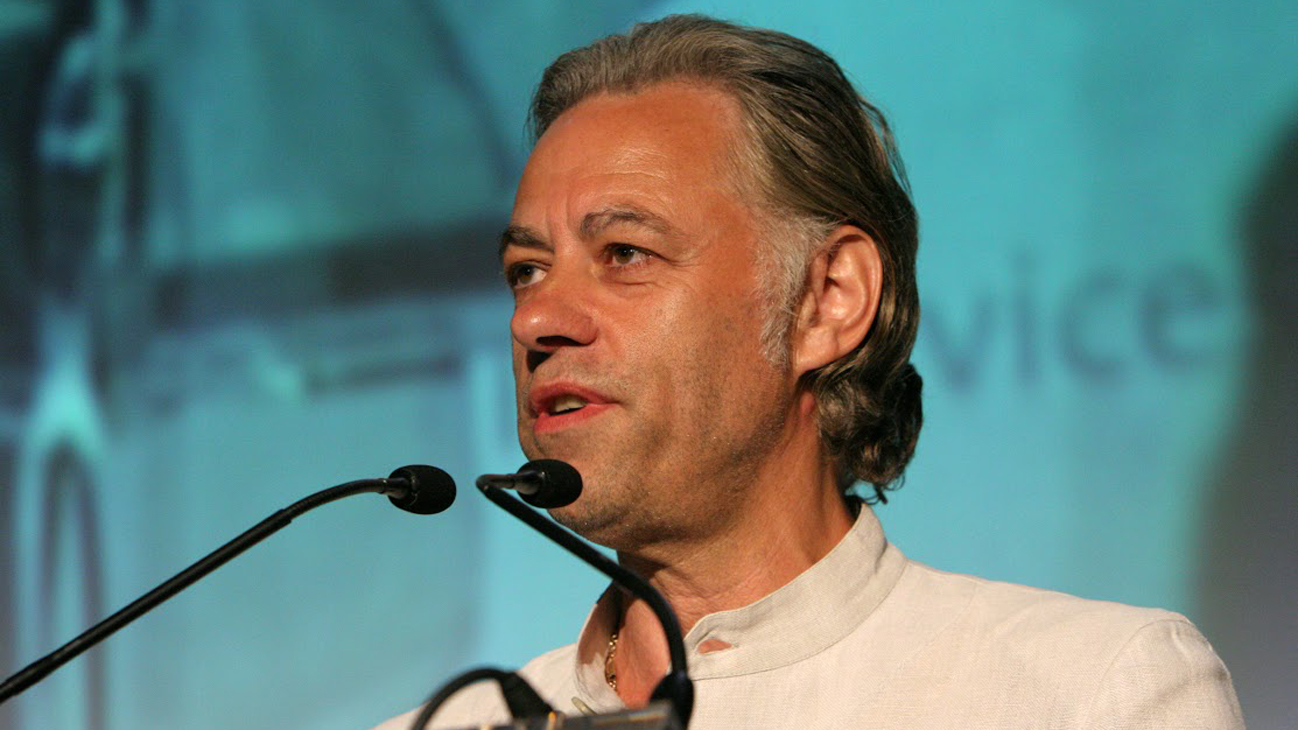 Rock musician, songwriter, and political activist, Sir Bob Geldof is the rare combination of musical talent and successful businessman. He created the Live Aid concerts, built a media empire, called urgent attention to the world’s most vulnerable people, and was knighted by the Queen. Sharing his infectious messages of social and economic justice, he inspires everyone to go after their dreams.

An accomplished musician, a story on Ethiopian famine moved Geldof to co-write Do They Know It’s Christmas? and convince the top UK musicians of the day, including Phil Collins, Duran Duran, Bono, George Michael, and Culture Club, to contribute their talents to record the song as a fundraiser, which became an anti-poverty rock anthem heard around the world. The success of the song inspired Geldof’s Live Aid concert, raising over$100 million for famine relief.

Geldof was also awarded a honourary knighthood for his charity work by the Queen in 1986. He is currently a member of the Africa Progress Panel, launched in 2007, with the aim of focusing world leader’s attentions on the continent, and of ONE campaign, which was founded by Bono.