Peter Zeihan is a geopolitical strategist — he helps people understand how the world works. With a keen eye toward what will drive tomorrow’s headlines, Zeihan combines an expert understanding of demography, economics, energy, politics, technology, and security to help clients best prepare for an uncertain future. His irreverent approach transforms topics that are normally dense and heavy into accessible, relevant takeaways for audiences of all types.

Over the course of his career, Zeihan has worked for the US State Department in Australia, the DC think tank community, and helped develop the analytical models for Stratfor, one of the world’s premier private intelligence companies. In 2012, Zeihan founded his own firm — Zeihan on Geopolitics — to provide clients with direct, custom analytical products. Today those clients represent a vast array of sectors including energy majors, financial institutions, business associations, agricultural interests, universities, and the US military.

Zeihan is also the critically acclaimed author of four books. His first two books — The Accidental Superpower and The Absent Superpower — have been recommended by Mitt Romney, Fareed Zakaria, and Ian Bremmer. He is also the author of Disunited Nations: The Scramble for Power in an Ungoverned World and his most recent, The End of the World is Just the Beginning.

The world is changing fast. Demographic shifts are turning everything we know about the global economy on its ear, while shale energy is undoing decades of dependencies. The immutable rules of geography are breaking down our longstanding global free trade system. And it is all happening at the same time. What will this new world look like, exactly? With a mix of analysis and wit, Peter Zeihan maps out the future from any number of viewpoints — government, corporate, financial, domestic, and foreign — so audiences can make plans for a now more understandable future.

The End of Europe

Five recessions in nine years. A litany of debt debacles. Ossified institutions incapable of change. Rising populism. Refugee floods. Russians growling at the border. And that’s the good news. Despite a decade of crisis, none of Europe’s problems have had their root causes addressed and now time is simply up. Everything that makes modern, wealthy, cosmopolitan, democratic Europe possible is breaking apart, and the Europeans are about to lose far more than “merely” a decade. Discover what makes Europe tick, what is tearing it down, and, most of all, what is next.

A World Without China

Three pillars support modern China’s success: global trade, internal political unity, and easy money. With those three pillars, China has managed to shake 2000 years of war and occupation and remake itself as one of the world’s most powerful countries. Yet none of these three pillars can stand without American assistance, and that cooperation is ending. China’s “inevitable” rise isn’t simply over, it is about to go into screeching, unrelenting, dismembering reverse. But that’s hardly the end of history. When a country falls — particularly the world’s top manufacturing power — the ripples affect countries and industries near and far. Learn who benefits and who loses in a world without China.

Retooling for the End of the World

Supply chains are shattering like toothpicks. Energy supplies face their greatest stress of the modern era. Global agriculture is being unmade day by day. Finance has peaked, and it is a long way down. Far from expanding out of control, populations are instead crashing. We face nothing less than the end of the globalized age. Are you ready? No? You’re hardly alone. Geopolitical strategist Peter Zeihan lays out the end of the old world, and the beginning of the new.

As the global system evolves no country is better positioned than Canada. Very soon Canada’s choices will be about how to take advantage of opportunities, rather than how to avoid complications. But in this very silver lining is a very dark cloud. The same evolutions that will allow Canada unprecedented opportunities for wealth and respect also hold the possibility of damaging the Canadian state. This time the dangers do not originate from the United States, but from within Canada itself. And they could very well prove mortal.

What Every Financial Professional Should Know About Geopolitics

Geopolitics is the study of how place impacts people — whether that impact be cultural, military, economic, political, or financial. Everything from how banks lend to how stocks are traded is heavily coloured by where one lives. Understanding the unspoken — and often unacknowledged — rules of the game can prove critical to financial success. Peter Zeihan explains how geography impacts the various regions differently, how this elevates some sectors while enervating others, and what sort of surprises — both good and bad — are about to burst onto the stage.

With COVID-19 changing business models for organizations left and right, flexibility and speed of action are both key to successfully adapting in this moment. With this top of mind, Peter Zeihan is eager to provide his expertise to clients in a format that is timely, efficient, and tuned to client needs. So now, in addition to offering virtual keynotes, Zeihan also conducts a virtual “fireside chat” that offers an interactive and customized experience.

Prior to this session, Zeihan will gather info on general concerns and topics for your organization. Then, during the presentation, he will provide a brief overview of specific industry trends, before engaging in a back-and-forth discussion with a company leader or representative. This general structure (which can be customized further) provides an engaging and dynamic flow of information, specific to the needs of your organization. Get to Know Peter Zeihan 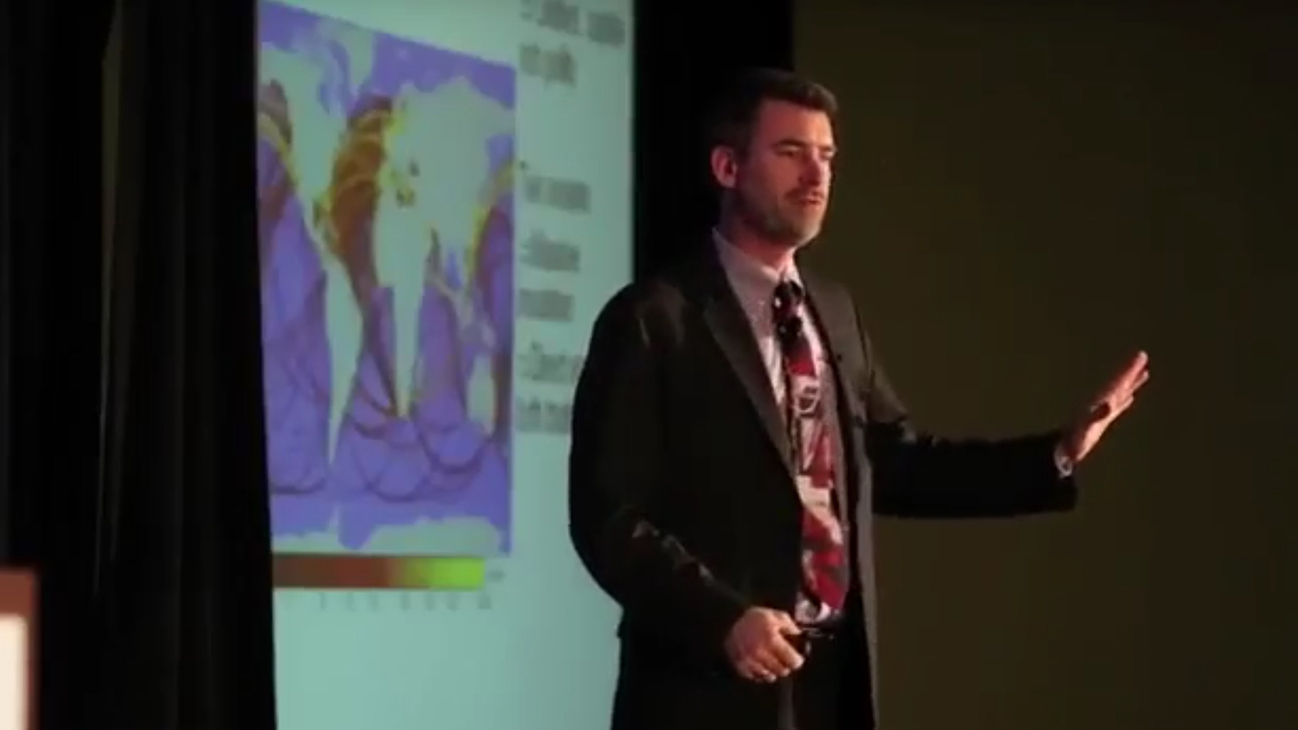 The End of the World is Just the Beginning: Mapping the Collapse of Globalization

For generations, everything has been getting faster, better, and cheaper. Finally, we reached the point that almost anything you could ever want could be sent to your home within days – even hours – of when you decided you wanted it.

America made that happen, but now America has lost interest in keeping it going.

In The End of the World is Just the Beginning, author and geopolitical strategist Peter Zeihan maps out the next world: a world where countries or regions will have no choice but to make their own goods, grow their own food, secure their own energy, fight their own battles, and do it all with populations that are both shrinking and aging.

Disunited Nations: The Scramble for Power in an Ungoverned World

Most countries and companies are not prepared for the world Peter Zeihan says we’re already living in. For decades, America’s allies have depended on its might for their economic and physical security. But as a new age of American isolationism dawns, the results will surprise everyone. In Disunited Nations, geopolitical strategist Peter Zeihan presents a series of counterintuitive arguments about the future of a world where trade agreements are coming apart and international institutions are losing their power.

The Absent Superpower: The Shale Revolution and a World Without America

In 2014’s The Accidental Superpower, geopolitical strategist Peter Zeihan made the case that geographic, demographic and energy trends were unravelling the global system. Zeihan takes the story a step further in The Absent Superpower, mapping out the threats and opportunities as the world descends into Disorder.

International Strategist Peter Zeihan examines how the hard rules of geography are eroding the American commitment to free trade; how much of the planet is aging into a mass retirement that will enervate markets and capital supplies; and how, against all odds, it is the ever-ravenous American economy that-alone among the developed nations-is rapidly approaching energy independence. Combined, these factors are doing nothing less than overturning the global system and ushering in a new (dis)order.

Raymond James recently had the pleasure of working with Peter Zeihan at one of our Economic and Strategy Seminars. Peter was extremely well received by our clients and associates and held their attention with his brilliant insight into current topics around the world, political, social and geographic. His knowledge of the subject matter and clever wit was both informative and entertaining. We strongly recommend Peter and we hope to include him in future events.

Peter has spoken at a few of our most exclusive and signature events for top clients, receiving extremely high reviews across the board. His brilliance around geopolitics is well-matched with a very dynamic and high-energy speaking style. He kept our audiences thoroughly engaged and the time allotted never seemed to be enough to get to all the lively questions and dialogue his insights sparked.

The top-rated presenter. We have added Peter to the faculty of our executive development program.

Anyone looking to better understand global geopolitics and its effect on capital markets should have regular de-briefings with Peter.