In high performance business situations, the human mind and body have to work together for ultimate results. Dr. Greg Wells is a health and high performance expert who, as a scientist and physiologist, has dedicated his career to making the science of human limits understandable and actionable. In his informative and engaging keynotes, Wells draws parallels between elite athletes and top executives to help business leaders perform at the highest level, even when under the most extreme circumstances.

For more than 25 years, Wells has worked with some of the highest-performing individuals on the planet, including Olympic and World champions, as well as organizations ranging from General Electric to BMO, Deloitte, KPMG, BMW, Audi, Sysco Foods, YPO, and Air Canada. He is also committed to inspiring children and young adults through his close working relationship with several school boards and independent schools.

A veteran endurance athlete himself, Wells has participated in the grueling Nanisivik Marathon 600 miles north of the Arctic Circle; Ironman Canada; and the Tour D’Afrique, an 11,000 km cycling race that is the longest in the world. He is also a travel and expedition adventurer who has journeyed through every imaginable terrain and conditions in more than 50 countries.

Wells is the author of three bestselling books: Superbodies, The Ripple Effect, and The Focus Effect. He also hosted the award-winning Superbodies series, which aired on Olympic broadcasts worldwide in 2010 and 2012. As a speaker, Wells has travelled the world speaking at events such as TEDx and The Titan Summit, and has shared the stage with Robin Sharma, Richard Branson, Steve Wozniak, and Deepak Chopra.

Wells has a PhD in Physiology, served as an Associate Professor of Kinesiology at the University of Toronto, and is currently a senior scientist at the Hospital for Sick Children in Toronto. He is also the CEO and founder of Wells Performance, a global consulting firm committed to achieving the moonshot of helping teams, schools, and businesses become places where people get healthy, perform optimally, and reach their potential.

The Optimized Self: Using science to live and perform at the highest possible level

What would it take for each one of us to really thrive? Optimize learning? Amplify our creativity? Transform our lives? These questions have fueled Dr. Greg Wells throughout his 25-year journey into the science of optimal health and performance.

Based on the latest research on brain and body function, interviews with world-leading health experts and a lifelong study of ultra-performing individuals, Wells has developed a framework that will enable us all to live at the highest possible level in every moment.

In this engaging session, Wells translates complex science about brain waves, activation pathways and mind-body connections into usable techniques and bio hacks. Learn how to energize the body to engage the mind, trigger brainwaves to amplify focus, and leverage sleep and nature to boost creativity.

From living longer to improving mental health and optimizing performance, Wells empowers us to break through limitations and achieve things we only ever dreamed were possible.

Dr. Greg Wells, a scientist who specializes in extreme human physiology, draws the parallels between elite athletes and top executives to help business leaders perform at the highest level, even when under the most extreme circumstances. In this presentation, Wells shows the audience how the science behind world-class athletes can improve the performance and health of people in the business world.

In today’s highly complex and rapidly changing global business environment, executives perform at their best when the human mind and body work together, achieving ultimate results. Olympic athletes train and compete at the highest levels on a consistent basis over many years. They face the pressures and stresses of setbacks, change, travel, competition, and performance on demand, and still find a way to excel. These are the same challenges that are faced by business people, and the techniques that Olympians use can be applied by anyone at any time to ensure success.

This talk is based on the bestselling book Superbodies: Peak Performance Secrets from the World’s Best Athletes.

Imagine if work was a place where you went to get healthier and perform to your potential.

There are problems standing in the way of making that dream a reality. The world is faced with four inter-related epidemics — sleeplessness, obesity, inactivity, and mental illness. Fortunately, the scientific answers to these problems are available today. Sleep soundly. Eat Smarter. Move More. Think Clearly.

In this keynote (and workshop) Dr. Greg Wells presents the scientific solution to these global challenges. Using stories, research, and simple tactics, Wells clearly outlines how to improve your health, supercharge your life, and ultimately reach your full potential.

This presentation is based on Wells’ bestselling book The Ripple Effect.

It’s common knowledge that productivity increases when people collaborate well. That goes for businesses, schools, and universities. High-functioning teams are good for profitability, student achievement, and even fun get-togethers.

But what makes a terrific team? Is it putting the greatest minds together? Socializing outside of work? Grouping people by experience? Having the same level of education? Having a strong leader? Good teams might have some or all those things. But so do bad teams. When you take the time to review the research, none of those factors explain what makes a great team great.

In this presentation Dr. Greg Wells leads teams through a five-step process for establishing healthy high-performing teams. This workshop is based on the Aristotle Project research at Google and Wells’ experience working with international level sports teams and extreme expeditions to some of the world’s most challenging environments such as the Sahara Desert and the Andes mountains. Participants will learn how to perform more effectively as individuals and as a team while improving their work environment to optimize mental health.

The Focus Effect: Unplugging from A Culture of Constant Distraction

In this keynote presentation Dr. Greg Wells explores the Cult of Busyness — a pervasive cultural phenomenon brought on by the debut of smartphones, in which we are all instantly reachable and feel we must be available to all communications at any time. The implications of this new level of distraction are wide-ranging, with potentially negative outcomes for our mental and physical health, our professional advancement, and even our personal relationships.

Building on his research on high performance and experiences at the physiological extremes Wells has developed specific tactics and strategies for successfully “unplugging,” in order to recharge and refocus on your dreams, goals, and objectives.

This presentation is based on the bestselling book The Focus Effect: Change Your Work, Change Your Life by Bruce Bowser and Dr. Greg Wells.

Note that all of Dr. Greg Wells’ keynote topics can be delivered in a workshop format. Contact us to learn more. Dr. Kimberley Amirault-RyanPerformance Consultant to the NHL, NBA, and Olympians 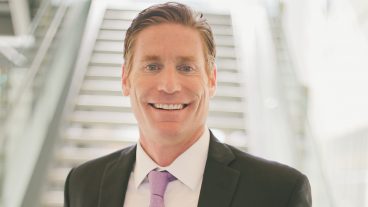 Showcase 2019: How to Exponentially Improve Your Life Why We All Need to Become More Human - TEDx UofT The Genesis of The Ripple Effect Rest, Refocus, Recharge: A Guide for Optimizing Your Life

In a 24/7 world, it can be a real challenge to get proper rest and give your mind and body the opportunity to fully recharge. In this new book, Dr. Greg Wells outlines how small changes in the way you rest, refocus and recharge can help you improve your mental health, prevent illness and deliver optimal results. In high-performance athletic circles, “deliberate recovery” practices are the secret weapon of the very best. But you don’t have to be an elite athlete to benefit from these strategies. Rest, Refocus, Recharge offers simple and practical techniques that you can easily incorporate into your existing routine.

With strategies ranging from practicing healthy mindfulness and meditation, reserving tech-free time, and performing power work, to a revolutionary plan for a hyperproductive workday, Wells and Bowser provide everything needed to activate The Focus Effect in your life. It’s time for a worldwide revolution in how we live and work–and The Focus Effect is the jump start you need to be at the forefront of this future.

Sleep better and you’ll eat better. Eat better and you’ll move more. And if you move more, you’ll sleep better and ultimately think and feel better. This is the ripple effect of good health and high performance. And it’s also why you don’t have to make major changes or sacrifices in your life: with an improvement of just 1% in your sleeping, eating, exercising, or thinking habits, you’ll see dramatic results. With Dr. Greg Wells’s easy-to-follow strategies and tips, you can harness the power of the ripple effect and start living better—not just for a few weeks or months, but for life.

Superbodies is a fascinating explanation of the human body and an easy-to-follow plan that shows how everyone can learn from the pros to improve their health and performance. Dr. Wells explains how the same training techniques that elite athletes follow can be even more effective for most people, what’s happening inside your body when you’re exercising, and fighting illness, what makes elite athletes such as pro-hockey players successful, and what you can learn from them, why little things can add up, and how simple choices can make a huge difference. Six Ways to Decrease Your Stress and Up Your ProductivityPosted November 14, 2019 Spotlight On: New Speakers, Tips to Help You Thrive This Holiday Season, and More!Posted November 22, 2018

What a fantastic opening speaker! You have such a gift of weaving the personal with your professional knowledge, of combining heart and humor, and of linking the physical and the mental… My only suggestion: next time bring more copies of your book!”

I wanted to thank you again for joining us in Scottsdale. You did such an amazing job…everyone loved your session! I had a ton of great feedback afterwards and throughout the past few days.”

Thanks so much for speaking with us! The talk was great last night. It was very informative, humorous and motivating!”

I really enjoyed your seminar… I found many things that I can start incorporating into my life immediately. Thanks again for the enjoyable and thought provoking morning.”