Experience counts in serious times. For four decades at Fortune, Geoff Colvin has covered the economic, political, technological, and competitive forces disrupting business as we know it. With unparalleled access to the world’s top business leaders, his columns and cover stories, as well as his daily segments on CBS Radio Network, have earned him millions of loyal fans. As business leaders face their biggest challenges ever, Colvin is the voice of experience revealing a clearer path for an uncertain future.

As Fortune’s senior-editor-at-large, Colvin is one of business journalism’s sharpest and most respected commentators on leadership, management, globalization, government regulation, corporate governance, competition, the economy, the infotech revolution, human performance, and related issues. He is also one of America’s preeminent business broadcasters. Since 1995, he has made over 15,000 daily broadcasts on CBS Radio Network and reaches seven million listeners each week.

Colvin is a respected author whose ground-breaking international bestseller, Talent Is Overrated: What Really Separates World-Class Performers from Everybody Else, has been translated into a dozen languages. His book, The Upside of the Downturn: Management Strategies for Difficult Times, was named “Best Management Book of the Year” by Strategy + Business magazine. Colvin’s latest book, Humans are Underrated: What High Achievers Know That Brilliant Machines Never Will, explores the trend of advancing technology performing tasks far better than people, and the ways humans will create value for their organizations and their careers in this changing economy.

As a speaker, Colvin has presented to hundreds of audiences across six continents. He is known for bringing clarity to the most important and complex issues impacting business and the economy. He is also a skilled panel moderator, emcee, and interviewer whose subjects have included Ben Bernanke, Larry Summers, Janet Yellen, Henry Kissinger, Richard Branson, the Prince of Wales, Bill Gates, Colin Powell, Jack Welch, Alan Greenspan, Ted Turner, Warren Buffett, George H.W. Bush, George W. Bush, and many others.

Colvin is an honours graduate of Harvard University with a degree in economics and has an MBA from New York University’s Stern School of Business.

Global turmoil has roiled an already fragile economic order in ways that are still unfolding. At Fortune, Geoff Colvin tells the economic story in terms that focus on the risks and opportunities. Businesspeople already know the numbers — what they might miss is the big picture; the forces driving the trends causing disruptive change in their world and, most importantly, what to do about it. In this presentation, the economy isn’t a bunch of statistics. It’s a story that Colvin tells engagingly, humorously, and memorably with valuable takeaways because, as he says, “Even in tough times, somebody’s going to win, why not you?”

The pandemic accelerated just about every trend you can think of. Non-stop change has become the norm, and the world isn’t going back. While there is no “new normal,” the good news is we aren’t doomed to play defense. Geoff Colvin shows audiences how to embrace a world of continuous disruption while building powerful competitive advantages. This uplifting talk shows step-by-step how we can all respond faster to change and even get ahead of it as individuals, teams, and enterprises.

How to Create a Business Model Built for the Future

Brace yourself: In 2022, 94% of CEOs said their company’s business model will have to change in the next three years! More important: The majority of them also feel they aren’t making progress fast enough. Business model innovation has become a must-have competence for all companies. That’s a problem for those that are unprepared but a huge opportunity for the rest. Geoff Colvin identifies the inescapable forces that are rendering reliable old business models obsolete and shows how companies of any size in any industry can — and must — rise to the challenge.

The Good-News Future of Work

The nature of work changed drastically in the pandemic, but that’s only the beginning of what’s to come. New technology tools will profoundly alter what we used to call office work. Other technology will transform the 80% of work that isn’t done in offices (or at home). Beyond tech, changing social norms and reordered personal priorities will change who does what, where, and how. While all this is quite disruptive, Geoff Colvin says the big picture is a bright one — billions of people worldwide being more productive, more content, and — believe it or not — less stressed.

Geoff Colvin’s unique gift is his ability to brilliantly moderate panels, lead onstage interviews, and host/emcee. He’s played these roles for more than three decades at Fortune conferences worldwide. Top companies and associations regularly hire Colvin because he gets the most out of participants; he asks the right questions, listens intently to what’s being said on stage, and responds to that. He also connects ideas and insights across sessions, transforming a multi-part program into a satisfying, unified whole. He always keeps the discussion relevant and the energy high. 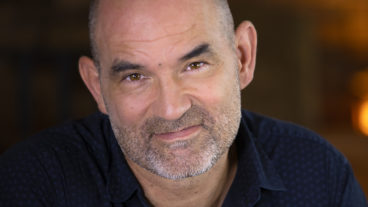 In the economy of a few years from now, what will people do better than computers? Technology is rapidly invading fields that it once could not touch, faster, more reliably, less expensively than people. In a world like that, how will we and our children achieve a rising standard of living? The real issue is what we humans are hardwired to do for and with one another, arising from our deepest, most essentially human abilities—empathy, social sensitivity, storytelling, humor, forming relationships, creativity. These are how we create value that all people hunger for, that is unique and not easily quantified.

One of the oldest myths in business is that every customer is a valuable customer. Even in the age of high-tech data collection, many businesses don’t realize that some of their customers are deeply unprofitable, and that simply doing business with them is costing them money. Managers are missing tremendous opportunities if they are not aware which of their customers are truly profitable and which are not.

According to Larry Selden and Geoff Colvin, there is a way to fix this problem: manage your business not as a collection of products and services but as a customer portfolio. Selden and Colvin show readers how to analyze customer data to understand how you can get the most out of your most critical customer segments. The authors reveal how some companies have already moved in this direction, and what customer-centric strategies are likely to become widespread in the coming years.

Colvin offered new evidence that top performers in any field are not determined by their inborn talents. Greatness doesn’t come from DNA but from practice and perseverance honed over decades. And not just plain old hard work, but a very specific kind of work. The key is how you practice, how you analyze the results of your progress and learn from your mistakes, that enables you to achieve greatness. This new mind-set, combined with Colvin’s practical advice, will change the way you think about your job and career – and will inspire you to achieve more in all you do.

The Upside of the Downturn

The guide to leading in today’s turbulence, using principles that endure. Named the best management book of the year by Strategy & Business magazine. With economic tumult increasing globally, its ten strategies are more valuable than ever.

Spotlight On: New Speakers, Tips to Help You Thrive This Holiday Season, and More!Posted November 22, 2018 What Big Companies Need to Think About TodayPosted November 21, 2018 Why Corporate America Should Be Afraid of Trump’s PresidencyPosted December 12, 2016 Why Every Aspect of Your Business Is About to ChangePosted October 28, 2015 Thank you…for contributing to our event in such a substantial manner.  We at IBM value the perspectives you brought to our session and appreciate the time you spent with us. Thank you again for making our event a priority.

What a master! I was a bit worried when we got word that he wouldn’t be using any slides but everybody loved him. And for the panel, he conducted the “interviews” and wove it all together seamlessly. He had 4 people he had never met but got their best thinking and made it relate to the audience. We were all very impressed.

In a word: fantastic! Geoff really was perfect for this. He kept the conversation lively. Geoff really knocked it out of the ballpark.

Once again your stewardship of the business sessions opened the door for a truly interactive and valuable dialogue for everyone. Your depth of understanding of the challenges these companies are facing and the opportunities that lie ahead added tremendously to our conversations.

The consensus was:  “He did a great job.” “He was dead on.”  “He said what we needed to hear.” “Great job.” I truly didn’t hear one bad or negative comment. He was a total “hit”. He was a total delight to work with. Thank you for everything.

Geoff turned in two outstanding performances for Commonfund. His grasp of business issues is second to none and his engaging style consistently pulls the best comments from our panelists. What more could one ask? But actually Geoff delivers more without our asking. He is one of the most genuinely respectful and caring people on the speaking circuit. And despite his vast business knowledge and superior interviewing skill, he hasn’t a trace of ego.

Geoff was AMAZING.  All the feedback that we have been receiving for the keynote and panel has been very positive.