Leadership Reinvented: How to Effectively Lead People in the New Normal

An expert on the future of work, Hamza Khan says leadership is long overdue for a reinvention, with the pandemic having only accelerated that need. He argues that for leaders to succeed in this new world of work, they must lean into four uniquely human qualities — servitude, innovation, diversity, and empathy.

In his actionable keynotes, Hamza draws on contemporary examples of modern leaders to show how operationalizing these intertwined values can help leaders ensure that the rate of change inside their organizations exceeds the rate of change on the outside.

Read on to learn more and contact us to discover what Hamza can bring to your next event as an expert on the future of work, a bestselling author, and an in-demand global keynote speaker.

Some leaders equate leadership with control; servant leaders know differently. They put their people first because they understand the power of the collective. Goals are far more likely to be achieved effectively when leaders relinquish power and encourage their team members to step up to the plate.

To practice servitude, leaders must: focus on the needs of others before their own, acknowledge others’ perspectives, and consciously practice empathy and active listening. Let’s further break down this concept by looking at a modern leader who embodies these values in their work — Shonda Rhimes.

As a writer, creator, and executive producer for long-running and beloved shows like Grey’s Anatomy and Scandal, Shonda has a few lessons to share about managing large teams and finding work-life balance. She directs current and future leaders to implement a self-care routine to avoid burnout and craft clear boundaries early on in the workplace.

Shonda also encourages her team to believe in their abilities and to collaborate with her. “I look at everybody as if they have an opportunity to teach me something. Because they do,” Shonda said. Remember, a servant leader does not make decisions on their own. They’re willing to listen and incorporate new ideas. The takeaway — enable your team to become leaders in their own right.

Servitude drives personal and professional growth. When maximized, it helps the people you serve to self-actualize and unlocks peak performance. In the absence of servitude, leaders create cultures of conformity that subdue employees into mere conformers.

Innovation is an essential value that all leaders should possess. It means having a growth mindset and being comfortable with a little trial and error.

Innovative leaders are focused on both the present and the future. They create short-term and long-term plans that aren’t merely sustainable but revolutionary. Innovation has little time for maintaining the status quo. Instead, it looks to shake up industries, turn them on their heads, and find a rhythm that’s more productive, creative, or efficient.

To help you get a better idea of what embodying innovation could look like for you, look to modern leader, Satish Kanwar.

Before he was the general manager of Shopify and their vice-president of product, Satish Kanwar co-founded a user experience agency, Jet Cooper, to fill a gap in the product development world. After Shopify acquired the agency, Satish continued to look for ways to develop and innovate within the company structures.

Satish’s main goal with innovation is to add value to his customers’ lives, not his business. These are the three questions he asks himself and his product managers every day:

For him, people come first because, without a community, you’ve got no one to innovate for or to support you. The takeaway — always remain open to the possibility of innovation.

Innovation prepares organizations for the future. In the absence of innovation, an organization will fail to transition into the future of work and fall victim to the way things have always been done.

Diversity isn’t just a nice-to-have — it’s critical to a company’s success. Diverse companies perform better, have less groupthink, have higher employee retention rates, and are often more creative since employees don’t feel pressured to conform. However, to make the most of diversity, leaders must also think about inclusion and belonging. Bringing in a few new faces doesn’t go far enough.

Diversity as a value means taking a good hard look at your actions, as well as those of your team and company as a whole, and consistently looking for opportunities to bring in and empower people who have historically been excluded and ignored.

Learning how to incorporate this value into your leadership style starts with learning by example. Take Britta Wilson.

As the vice-president of inclusion strategies for Pixar, Britta Wilson’s main priorities are increasing bias awareness in the workplace and fostering a more inclusive and diverse environment for everyone.

Pixar is making a concerted effort to showcase more diverse casts and stories in their films. The studio released Bao in 2018, directed by Domee Shi, the first woman of Asian descent to direct a short, and 2020’s Soul featured the studio’s first Black lead character. The studio also recently launched SparkShorts, which are shorts made by Pixar employees. The Sparkshorts initiative helps foster new talent and highlight the work of women and racialized people in the company.

“Inclusion in hiring practices starts before you start hiring,” Britta told the Hollywood Reporter. “It starts with creating an inclusive workplace. It starts at the top. Those are the seeds that companies need to be planting.” The takeaway — ensure diversity and inclusion is being practiced at all levels of the organization

Diversity unlocks human potential. When maximized, it harnesses the collective power of the human gradient: a full range of backgrounds, experiences, and perspectives. In the absence of diversity, organizations develop blind spots and repeat mistakes.

Contrary to popular belief, empathy is not a “soft skill”. It deserves more credit for being the glue that holds companies and teams together. Without empathy, there’s only room for fear and frustration. With empathy, you embody stability and nurture creativity.

Good leaders know that being empathetic means identifying with someone else’s experiences. The more heard and understood your team feels, the more likely they are to work hard at their projects because they want to make you (and themselves) proud. They’ll also be happier overall as employees, and likely perform better too. Let’s look at modern leader, Masai Ujiri.

Masai Ujiri is proof that a good leader prioritizes collaboration, gratitude, and empathy. As the Toronto Raptors’ president and vice-chairman, he checks his ego at the door and always listens to his players. At an IBM THINK event in Toronto, Masai shared this piece of advice about gratitude and his outlook on life: “Every day, ask yourself, was I good to people that day?”

Masai also gives praise and thanks to those that supported him and helped him succeed. He uses that success to draw attention to others who deserve recognition, like his basketball mentor, Oliver Johnson. After his team won against the Golden State Warriors, he brought the championship trophy to his hometown in Nigeria to acknowledge how crucial Oliver was to his journey. The takeaway — share the spotlight.

As a leader, you can’t underestimate the value of empathy. An empathetic leader should be open and honest with their team and help them feel good about their work. By fostering a safe and welcoming environment, you can look out for your team, and in turn, they will look out for you.

Through his consulting, writing, teaching, and speaking, Hamza Khan empowers people and businesses to transform ideas into action. He shares actionable insights on resilience, productivity, and leadership to help people and organizations thrive in the future of work.

Contact us to learn more about Hamza and how he can help your organization navigate the future of work. How to Thrive in the Future of Work: Building Future-Ready OrganizationsPosted April 05, 2022 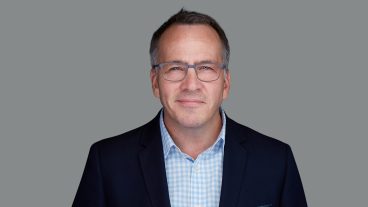 Now What? Go from Recovery to Reinvention with Leadership Expert Ron TitePosted September 28, 2021