Big shocks happen. Today, it’s a pandemic. Tomorrow, it could be a financial crisis, a terrorist attack, an earthquake, a blackout, or a war. When these rare disasters strike, most executives respond in one of two ways.

The first is panic. The shock is so big, so surprising, it dominates all thinking. Vision narrows and shortens, and other concerns vanish. Planning beyond the crisis may shut down entirely or it’s conducted with an obsessive focus on what to do if the current shock repeats.

The second reaction is a shrug. “Black swans happen,” executives say. “We just have to muddle through as best we can.” This weary fatalism looks very different than panicky overreaction but notice that it gets executives to the same place, where they focus solely on the problem that afflicts them now.

Viewed from evolutionary, psychological, or organizational perspectives, this is perfectly understandable behaviour. But it is a serious mistake.

For one thing, it leads to wasted effort. Much of the running around in a crisis amounts to little more than doing something because something must be done. Worse, it keeps the organization’s focus on the immediate concern, raising the risk that other important developments will be missed. It’s not just closing the barn door after the horse runs away; it’s closing the barn door, painting it, and not noticing the locusts descending on the field.

There is a much more productive way to respond to a big shock. Treat shock like an urgent reminder about how we should mitigate these risks — from pandemics to financial crises, terrorist attacks, and all the other entries on a very long list.

When people go about their work and personal lives, they always have expectations of how the future will unfold. Typically, these aren’t the product of careful analysis. They usually aren’t even expressed, they’re just assumed. It’s based on those expectations that we make plans — and a great deal of research shows that our expectations are heavily biased toward the status quo.

Immediately before the 9/11 attacks, risk perception surveys found people were overwhelmingly indifferent to the risk of terrorist attacks. We all knew a major attack could happen, but that was abstract knowledge. We didn’t feel the risk. The result was deep complacency. Prior to 9/11, some corporations headquartered in the World Trade Center hadn’t even conducted serious business continuity planning even though the World Trade Center itself had been attacked by terrorists seven years earlier.

Immediately after the 9/11 attacks, complacency was replaced with panicky overreaction and surveys found people overwhelmingly believed a horrendous wave of terrorism would rage across the months and years to come. One of the worst responses was a substantial shift to driving from flying. Driving is actually more dangerous than flying — the most dangerous part of the average flight is the drive to the airport — so that shift actually caused the deaths of people who would otherwise have lived. By one estimate, 1,500 Americans died because of this wrongheaded response, or one-half the death toll of 9/11 itself.

Now consider the current pandemic. Three months ago, stock markets were soaring, business confidence was high, and consumer sentiment was solid. Most of us expected more of the same in 2020, not because that was a conclusion drawn from careful analysis but because it felt reasonable. And we made our plans on the basis of that assumed future.

If that sounds exaggerated, consider business supply chains. They are routinely dispersed around the world and are operated on a “just in time” basis so businesses don’t have to keep inventory on hand. They work wonderfully. But what happens if there is an epidemic in a key source city? What if it spreads across the country? The region? What if it goes pandemic? These were improbable scenarios but even a very low probability risk that repeats every year — like a global pandemic — is effectively inevitable. It’s literally just a matter of time. It’s now clear that many businesses never took the time to engage in “what if” planning — to think through what would happen, how they would cope, and how they could mitigate the risk in advance. They proceeded as if a pandemic could not happen.

No one is going to ignore pandemic risk now. But the lesson here isn’t about pandemics. It’s about the larger category of events that I call big shocks, others call black swans, and the more academically inclined know as “low-probability, high-impact events.”

Executives often think of scenario planning, red teaming, wargaming and other “what if?” exercises as vaguely good ideas that they may perhaps get around to, eventually, when things slow down, and they aren’t so busy. And then they never get to them.

Let this pandemic serve as a warning — taking time to identify, analyze, and plan for big shocks is the managerial equivalent of making sure you have fresh batteries in your smoke detectors. Don’t put it off. Do it now.

A risk management expert, Dan Gardner strives to help audiences improve their ability to forecast the future and manage risks. Based on his bestselling books about psychology and decision making, his talks draw on the latest research and his long experience in journalism and politics to challenge assumptions and find creative solutions.

Interested in learning more about Dan and what he can bring to your next event? Email us at [email protected]. 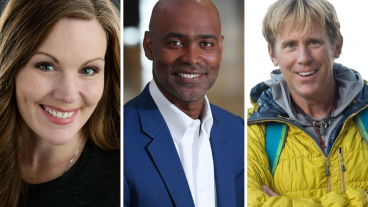