Allan Hawco is a renaissance man. The creator, writer, executive producer and star of television’s hit show, Republic of Doyle, he is also frequently seen in feature films, other television programs, and on stage. Imparting his high-wattage celebrity and trademark charisma into his keynotes, emceeing, and endorsement activities, Allan ensures that whatever he undertakes shines. Allan spoke at Memorial University’s 15th Annual Ottawa Affinity Newfoundland and Labrador Dinner on Nov. 26, delivering his talk to a sold-out audience of almost 300 alumni and friends: 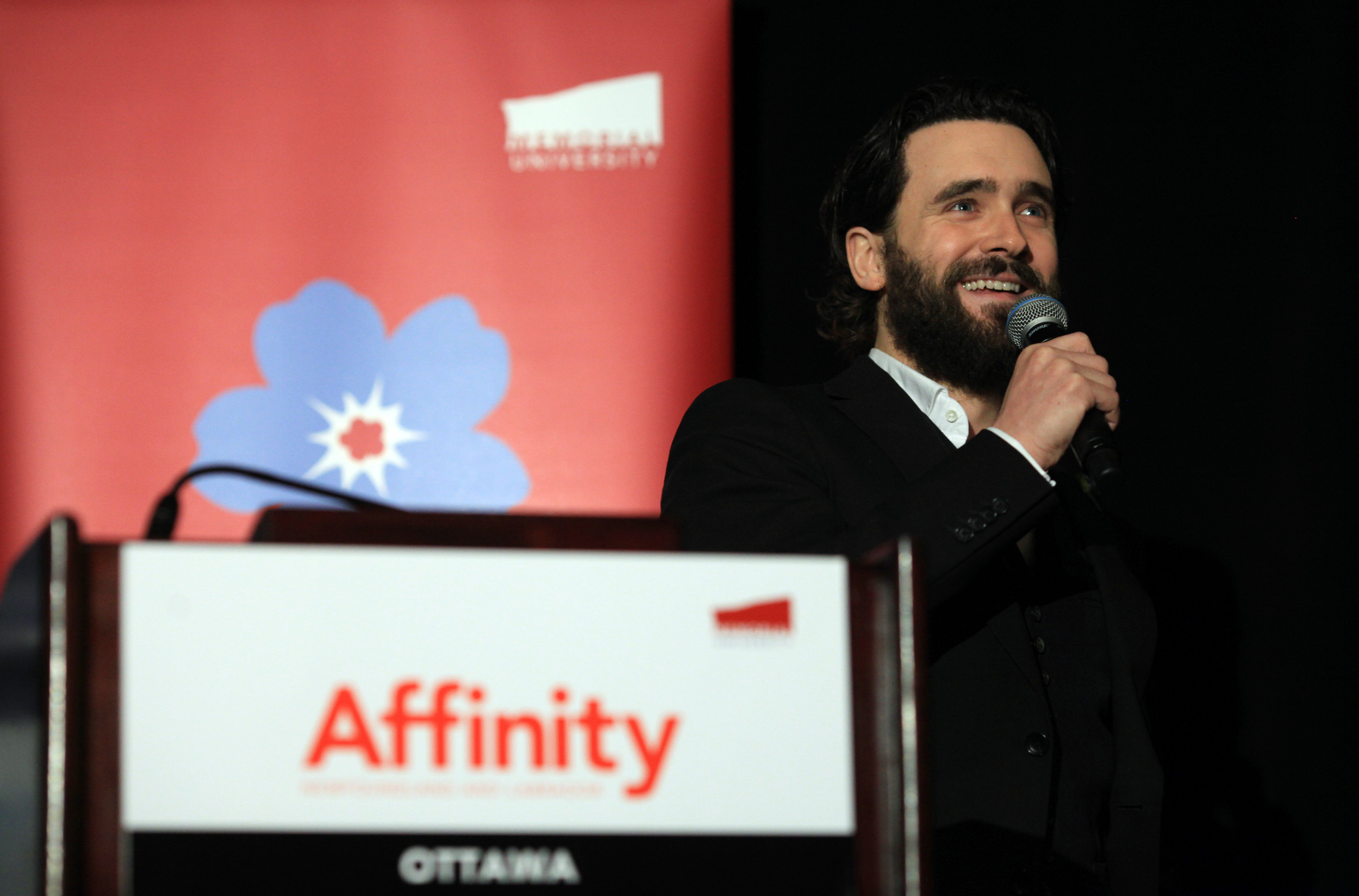 Allan Hawco delivered a compelling keynote address, drawing on his experience as an actor and writer to illustrate how important it is to seize opportunities when they present themselves. He noted the tremendous potential of Newfoundland and Labrador’s cultural capital and the success story that was the hit showRepublic of Doyle, of which Mr. Hawco was the creator, writer, executive producer and star. The show and the success it brought to the entire province of Newfoundland and Labrador, explained Mr. Doyle, was all about a dedicated group of people who followed their dreams and ignored the naysayers.

Tonda MacCharles, veteran parliamentary reporter for the Toronto Star, was master of ceremonies for the event. Judy Foote, minister of Public Services and Procurement and Newfoundland and Labrador’s representative in the federal cabinet, brought greetings on behalf of the Government of Canada. Both Ms. MacCharles and Minister Foote are graduates of Memorial University.

President Kachanoski spoke on behalf of Memorial University. The evening also featured the music of Chris Andrews and Mark Hiscock from the band Shanneyganock. They opened the evening with a touching rendition of the Ode to Newfoundland as a tribute to Ottawa community leader and broadcast journalist Max Keeping.

Mr. Keeping, who passed away last month, was originally from Newfoundland and Labrador, and a long-time supporter of the Ottawa Affinity event. At the end of the evening, Shanneyganock took to the stage again for a post-event reception that kept the festivities going well into the evening.

To date, the national Affinity Newfoundland and Labrador program has supported scholarships for 46 students.