Speak of the Week: Stuart McLean

Hearts across the country are a little heavier today, after the news broke last night that Vinyl Café host Stuart McLean has passed away at the age of 68.

With his warm voice filtering into the living rooms and cars of Canadians every week for the past two decades, his listeners can be forgiven for feeling like they’ve lost a family member, even if they’d never met Stuart in real life. In a way, they’ve not only lost Stuart — they’ve lost an extended family in the form of his unforgettable characters of Dave, Morley, Sam, and Stephanie.

Arguably one of our nation’s best storytellers, Stuart delivered his poignant, folksy  tales on stages big and small throughout Canada, bringing his rich imagination to life and uniting his audiences in  tears of laughter (and sometimes just in tears alone) in doing so.

His frequent cross-country tours allowed him to do what he loved best, which was to meet Canadians from coast to coast and to draw inspiration for his stories from them. The Vinyl Café also allowed him to share the spotlight with his favourite musicians and comedians, many of whom have gone on to thank him for the success they’ve enjoyed since appearing on his program.

Please enjoy one of Stuart’s most popular (and even most controversial) stories, Dave Cooks The Turkey.* 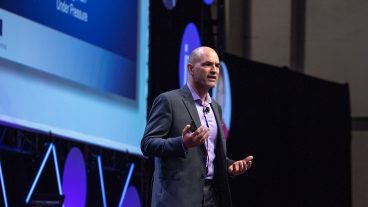