Have some hard to shop for people on your list this year? Not to worry, the Speakers’ Spotlight  Annual Holiday Gift Guide is here to help! With gifts ranging from what to give the television lover on your list to the  music connoisseur, we’re sure there’s something for almost everyone here! 1. For the Tragically Hip fan: When Mike Downie shared the story of Chanie Wenjack, a young boy who died while fleeing a Canadian residential school, with his brother, Gord Downie,  the two vowed to find a way to tell Chanie’s story to the world. The result was their multi-media project Secret Path, consisting of a music album and a graphic novel and film (with artist Jeff Lemire), that has captured the hearts and minds of Canadians. 2. For the aspiring astronaut: Through his 21-years as an astronaut, three spaceflights, and 2600 orbits of Earth, Colonel Chris Hadfield has become a worldwide sensation, harnessing the power of social media to make outer space accessible to millions and infusing a sense of wonder into our collective consciousness not felt since humanity first walked on the Moon. Col. Hadfield’s new book, The Darkest Dark, is for the young astronauts in your midst. 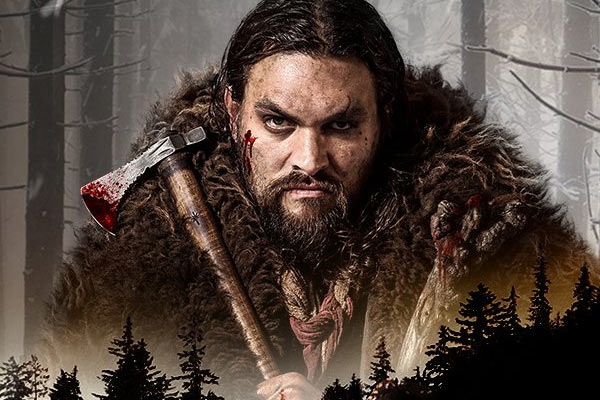 3. For the Game of Thrones fan: Allan Hawco is a renaissance man. The creator, writer, executive producer and star of television’s hit show, Republic of Doyle, he is also the executive producer and star of Frontier, a Discovery and Netflix original series, staring both Allan and Game of Thrones‘ Jason Momoa. You’re garunteed to be popular if you give a gift subscription to either network to someone on your list this year! 4. For the beauty junkie: Ours skincare, by Cheryl Hickey. The products in Cheryl’s skincare line are designed to look after the delicate skin of parents and children alike, and available at Rexall stores everywhere.

5. For the Eeyore in your life: The bestselling author of The Book of Awesome, Neil Pasricha is back with The Happiness Equation, a researched-backed book that shows you how to unlock the “9 secrets of happiness”.

7. For the sommelier: Anything from celebrity chef David Rocco’s line of wines, which features a Pinot Grigio, a Chianti and a Prosecco, all affordably priced to enjoy with any meal, and even in cooking (of course).

8. For the discerning perfume lover: Something from Barbara Stegemann’s  range of perfumes. Her “7 Virtues” company sources organic oils from countries experiencing turmoil (such as Afghanistan, Rwanda, Haiti and the Middle East) to encourage change and to reverse the effects of war and poverty…and the perfumes smell great, too!

9. For the inner artist: Named one of the “Top 10 Creative Canadians” by Marketing Magazine, Ron Tite is an award-winning advertising writer and creative director for some of the world’s most respected brands, including Air France, Evian, Hershey, Johnson & Johnson, Kraft, Intel, Microsoft, and Volvo. His new book, Everyone’s An Artist (Or At Least They Should Be), shows how and why the most successful executives and entrepreneurs think like artists — and how you can, too.

10. For the most “tea-rrific” person in your life: What could be better than a gift from DAVIDsTea, the acclaimed brand started by our very own David Segal? In 2008, David was simply a 27-year-old tea loving entrepreneur, with a vision to redefine the tea experience. Today, DAVIDsTEA has hundreds of stores throughout North America — and thousands of tea drinkers are very thankful for that!

11. For the music lover: David Usher is a creative tour de force. As the front man of the internationally acclaimed rock band Moist, and as a solo artist, David has sold more than 1.4 million albums, won countless awards—including five Junos—and performed at sold-out venues around the world. David’s newest solo album is Let It Play.