Allan Hawco is a renaissance man. The creator, writer, executive producer and star of television’s hit show, Republic of Doyle, he is also the executive producer and star of the upcoming program Frontier, a Netflix original series, and the executive producer, show runner, and star of the upcoming series, Caught. In addition, Allan is frequently seen in feature films, other television programs, and on stage. Imparting his high-wattage celebrity and trademark charisma into his keynotes, emceeing, and endorsement activities, Allan ensures that whatever he undertakes shines. The CBC caught up with Allan to talk about the November premier on the Discovery Channel of Frontier:

With only a few months to go until the series premiere of Frontier, Allan Hawco is sharing additional details about the much-anticipated drama that was filmed in Newfoundland.

The period drama follows rival factions battling for control of the North American fur trade in the 18th century — an era that Hawco says is bursting with action.

“It’s rife with bloody conflict. It’s a period of our history that we often glaze over when we hear about it because of the way that we’re often taught about it as kids,” he said.

“It’s really interesting because the fur trade was really the birth, in many ways, to capitalism in North America as we know it.”

“He and his brothers are Europeans that came over from Scotland who are trying to sort of make their mark on the world, but there’s all these sort of other warring camps.”

Game of Thrones star onboard 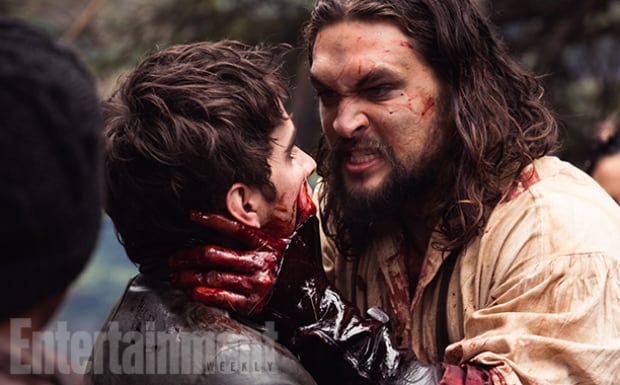 One of those camps his character will have to contend with is led by Game of Thrones alumni Jason Mamoa, who was spotted all over St. John’s during filming last year.

“We were delighted to host Mamoa in St. John’s,” said Hawco.

“He’s bringing his weight and putting it behind the series.”

The series comes from Take the Shot productions and marks the company’s follow-up to Republic of Doyle.

Hawco says Frontier has got a much larger budget and bigger scale to play with.

“It’s really kind of like our company’s graduation to the next level of drama that we’re trying to accomplish.”

And while he’s had the chance to preview some finished scenes from the series, Hawco said he decided to wait for the premiere to watch the show in full with everybody else.

“I think it’s going to be something that people are really, really going to dig,” he said.