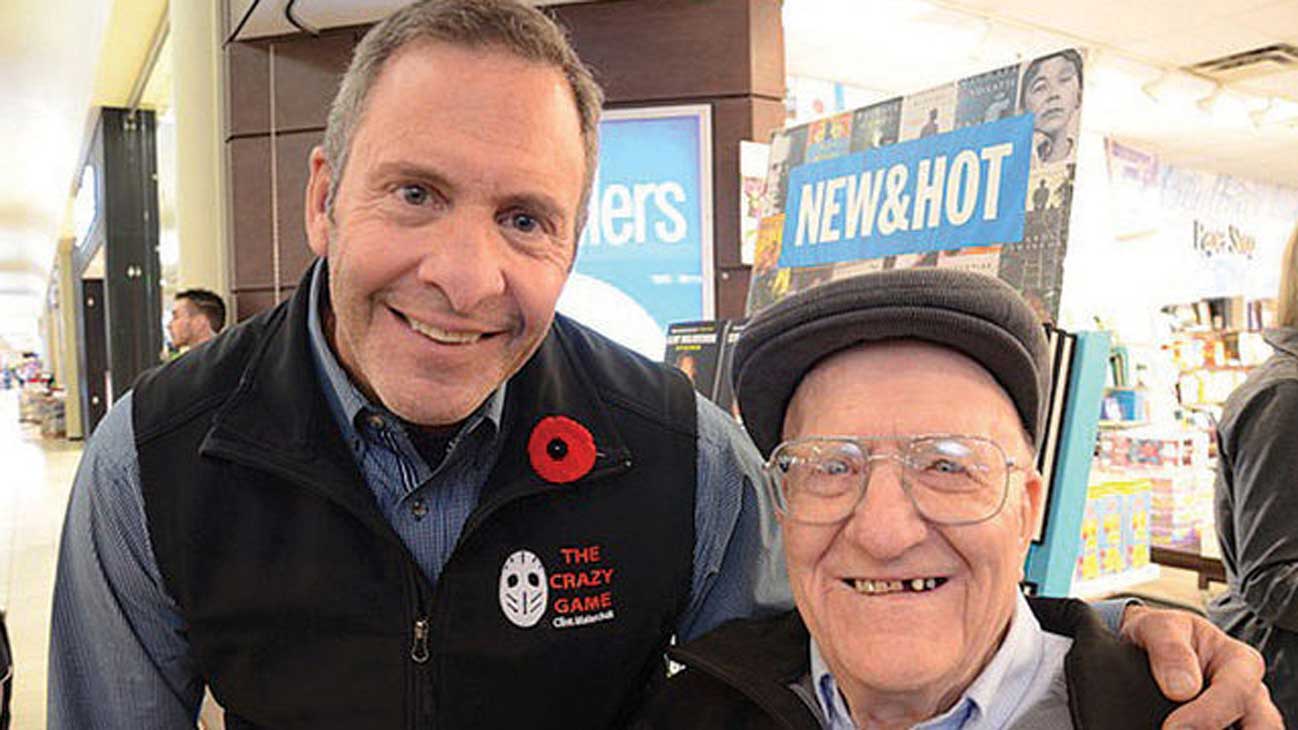 No job in the world of sports is as intimidating, exhilarating, and as stress-ridden as that of an NHL hockey goaltender. Now imagine doing that job while suffering high anxiety, obsessive compulsive disorder and depression, and having your career nearly cut short by a skate slicing across your neck. Clint Malarchuk shares his extraordinary and heart-wrenching life story—which includes his long battle with alcoholism and almost ending his life by a gunshot to the head—in his relentless effort to help end the stigma of mental illness and to help others who may suffer as well. Below, the Grande Prairie Daily Herald-Tribune writes about Clint becoming a “Hockey Legend” in his hometown this fall:

On Oct. 3, Malarchuk will become the 23rd member of Grande Prairie Hockey Legends during a luncheon at the Legends Lounge at the Coca-Cola Centre.

The former NHL goaltender compiled 141 wins, 130 losses, and 45 ties with 12 shutouts and an .885 save percentage with the Quebec Nordiques – the team that drafted him – along with the Washington Capitals and Buffalo Sabres.

Malarchuk, who now lives in Nevada, was born in the Swan City in May 1961 before moving to Edmonton at the age of five. During his return visits in the summer, he developed a love for horses on his Uncle Max Henning’s acreage outside of the city and eventually became known as “The Goalie Cowboy”.

“He’s a solid choice. He’s been on our list since day one and he easily could have been in with the first nine, but when you look at it, the timing of his induction is just great because he’s had a whole chapter in his life since our [Hockey Legends] project was founded,” said Stan Neufeld, a committee member with Grande Prairie Hockey Legends.

“He’s a Grande Prairie boy. His roots are here and he says he’s coming home to where is roots are and he’s thrilled to be inducted.”

Off the ice, Malarchuk has battled with anger, alcoholism, obsessive-compulsive disorder, post-traumatic stress and depression.

He was in net for the Sabres in 1989 against the St. Louis Blues when Blues forward Steve Tuttle fell into the net after a collision with Sabres defenceman Uwe Krupp. Tuttle’s skate blade severed an artery in Malarchuk’s neck, leaving him bleeding out on the ice. He was saved by team trainer Jim Pizzutelli, who used 300 stitches.

Last year Malarchuk released his new book — The Crazy Game: How I Survived in The Crease and Beyond. The novel describes, in depth, his personal battles, as well as his suicide attempt in 2008 when put a shotgun under his chin and pulled the trigger in front of his wife Joanie. He survived, but the bullet remains lodged in his forehead.

“As chairman of the Legends, he isn’t defined by, right now, his accident in Buffalo, in my view. He’s defined as a care giving man with humility who is giving back and who is using his status as an NHL star to use the dark side of his life to help others and that’s a whole new chapter since our project got founded,” noted Neufeld.

Grande Prairie Hockey Legends was founded in 2003 to “capture and record the city’s rich hockey history by selecting and paying tribute to individuals who have been instrumental in the development of the game of hockey in our community.”