Former NHL goaltender Clint Malarchuk already suffered from high anxiety, obsessive compulsive disorder, and depression before entering a period of self-isolation to join the world in its battle against the COVID-19 pandemic.

The start of the pandemic, social distancing, and isolation also happened to coincide with his most difficult time of the year. March 22 marks the horrific anniversary when a skate cut the goaltender’s throat in the middle of an NHL game, and 20 years later, when he tried to end his life. He knew as news of the pandemic spread and the possibility of social distancing/isolation was on the horizon, he would have to take extra precautions to persevere through this difficult time.

After posting a message of Facebook to share his coping strategies in hopes of helping others, The Athletic spoke with Clint about his ongoing mental health battle and how he’s prioritizing his health and safety during this challenging time, especially as his wife, his greatest support system, is away taking care of family members.

“I’m still prone to OCD, anxiety and depression,” Malarchuk said to The Athletic. “These are challenging times — not just for me, for everybody. But for people who suffer from disorders like I do, it can be very challenging.”

For years, Clint self-medicated with alcohol and he knows the toll that this period of heightened anxiety and isolation can have on vulnerable people, especially those in recovery. He shared with The Athletic how he’s taking control of the situation to meet his mental health needs.

When the nightmares returned last month, Malarchuk knew he had to be extra vigilant with his mental health. He leaned into his preference for rigid daily structure. He set out each morning with a list of tasks that needed to be done, and occupied his hands and mind with them.

“This is my sanity list,” he says. “I encourage people to do the same.”

Malarchuk benefits from living on a ranch, in great weather, with horses and other animals to take care of — and a barn to tidy.

“It’s the cleanest barn you’ll see in the world,” he says.

Most people don’t have that kind of distraction readily available, but Malarchuk says that taking on projects and tasks that you’ve been putting off can be a huge help. He writes a to-do list every day and sets aside hours in the afternoon to complete it. He starts each morning with meditation and he works out at the same time each day. Recently, he set aside time at the end of his daily routine to make calls, catching up with old friends. Managing Your Mental Health During a PandemicPosted March 17, 2020 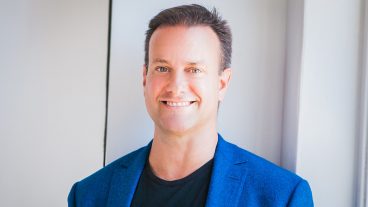 Small Changes to Optimize Your Health and Performance in Your New Work-From-Home LifestylePosted March 23, 2020