Les Stroud has logged more than a million miles around the globe—from the lush jungles of Papua New Guinea and the sun-scorched sands of the Kalahari, to the harsh cold of the Canadian Arctic—shooting his television series Survivorman. In his fascinating keynotes, brought to life with rich multimedia presentations and music, Stroud shares his extraordinary survival stories along with the stories those he has met during his travels, and motivates audiences to push beyond comfort zones to achieve dreams.

Stroud is the only producer in the history of television to produce an internationally broadcast series entirely written, videotaped, and hosted alone. Since its inception, Survivorman has been the highest rated show in the history of both OLN Canada and the Science Channel US.

In the media, Stroud has appeared on The Late Late Show with Craig Ferguson, The Ellen DeGeneres Show, MTV Live, The View, The Hour, and Larry King Live. Stroud has appeared in and/or produced numerous television specials including hosting the 20th Anniversary of Discovery Channel’s Shark Week; I Shouldn’t Be Alive: The Science of Survival; Surviving Sharks; Expedition Everest; Surviving Urban Disasters; After the Experiment; Deadly Waters; and Off the Grid with Les Stroud. In 2010, he produced and hosted the hit kids TV series Survive This and Survive This 2. He is also the producer and host of NHL celebrity survival series Survival Challenge. His latest series, Les Stroud: Beyond Survival, airs on Discovery Channel International, OLN and Rogers Canada.

Stroud is the author of the bestselling books Survive, Will To Live, and Beyond Survivorman. He is also an accomplished musician, with many albums to his credit.

A proud member of the prestigious Explorers Club, Stroud received Fellow (highest rank) of the Royal Canadian Geographic Society. He has also received the Distinguished Alumni award, and was nominated for the Premieres award for excellence for work in his field. He contributes to dozens of charities and benefits, and is an advanced survival trainer for the Canadian Military Armed Forces.

Owing to a life of variety and the pursuit of excellence in adventure, multi media art and life, Les Stroud has been an active speaker and performer since the mid 1980’s. He has been asked to speak about his adventures, the craft of filmmaking and his ability to combine his three life passions; outdoor adventure, music and film, into a successful career.

Whether through expressing his creativity to audiences, on film, through songs or adventuring throughout the world, he is quickly becoming recognized globally for his outstanding work. Few presenters can combine the performing of music, presentation of film or the telling of adventure stories into an engaging evening that captivates everyone in the audience like Les Stroud can. Warren MacdonaldShifting Your Perception On Change 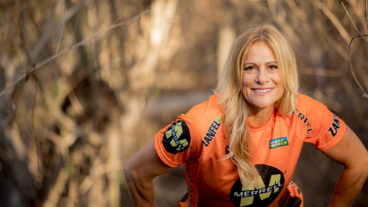 Les Stroud has logged more than a million miles across the globe—from the lush jungles of Papua New Guinea and the sun-scorched sands of the Kalahari to the harsh cold of the Canadian Arctic—shooting his television series and specials. He has survived for weeks at a time in harsh situations and in isolated, challenging environments. Beyond Survivorman offers us a rare glimpse of some of these remote places and lets us meet fascinating groups of people like the Sea Gypsies in Malaysia and the San Bushmen in Africa, to learn how they live, how they survive and what lessons they can teach us.

In a survival situation, life really does hang in the balance, and a wrong decision could spell the difference between life and death. No one knows this better than Les Stroud, who has survived everywhere from the sun-scorched sands of the Kalahari to the snake-infested jungles of the Amazon. In Will to Live, Les examines a host of famous and less well-known (but no less compelling) survival stories, and he not only explains what happened and why but also offers perspective on what went right, what went wrong and what could have been done differently.

From the sun-scorched sands of the Kalahari to the snake-infested jungles of the Amazon, Les Stroud has made a life of surviving in the harshed, and most remote, regions on Earth. Now, the creator, producer, and host of the hit television program Survivorman transfers his decades of knowledge and experience to the pages of Survive!, a practical guide that gives everyday readers a no-nonsense look at the real world of survival.

Les Stroud awakened the best in the human spirit July 4th weekend, at Omega Institute in Rhinebeck, NY where he took workshop participants on a journey both inside the classroom, through storytelling, music, and film. Outside the classroom, on the trails, they built shelters, located medicinal plants, and were guided on how to commune with nature via grounding and centering techniques. Die-hard Survivorman fans, and those new to his work, both delighted in the Les’s passion for the planet, his artistic talent & the deep wisdom he’s come to through years of surviving in the wild.

Les Stroud has a talent of reaching out and connecting with people in a very grounded way. The program did what it said, but well exceeded it by surprising with great every day spirituality.

As a role model to so many, your depth and enthusiasm to grapple with the deeper philosophical, sociological, and psychological aspects of our conference made the difference between a great presentation and a truly excellent one.